Pliers are essential tools in a handyman’s arsenal. It comes in basic design and functionality that is a carry-over from medieval design. If you look at every basic toolset, it will always include pliers. Various types of pliers can confuse and intimidate users. It is crucial to know the difference between needle nose pliers vs long nose pliers because these two types are the most used tools. This article will extensively discuss everything about pliers and its functions

Needle nose pliers vs long nose will have similar parts. Each part will have a specific function to complete every task.

Cutters are located near to the fulcrum and are used for breaking down wire and cable.

The fulcrum is the part where the handles and the joint are fastened. It also functions to deliver enough force so the jaws can perform their job.

Handles are the parts which you grip. These parts can either be straight or curved. The coating will either be bare metal or plastic.

The jaw is otherwise known as the nose, and it is the working end of pliers which functions as a grip. Combination pliers will have jaws which also have a cutter and pipe grip attachment.

This part is the rounded opening. Pipe grips were made to do as the name implies. They are extremely useful for gripping circular objects.

Pliers come in three extensive categories, which are based on their function.

Cutting pliers are a category which are utilized for cutting. It can only be used to cut the wire and other metal materials such as bolt and nails.

Pliers that fall under this category have no cutting ability and can only be used to grip objects of various thicknesses. Well-known models include groove joints, slip-joint, as well as locking pliers.

These plier’s jaw configurations are used to perform both cutting and holding. Popular types under this category include the linesman long, and bent nose pliers

As the name suggests, these are essentials for those who do electrical jobs. Because these pliers will have multifunctionality, they are often the most popular pliers on the market and can be seen in any professional or DIY toolbox.

The nose of the pliers can be used for grabbing, as well as pulling, bending, and straightening materials, as well as twisting wires. A feature that is not often used are the outside edges, which can be used to remove the end of a conduit piece.

Combination pliers can be utilized to grip round objects such as nuts and bolts. The double cutter function close to the joint is suitable for cutting wires and threaded bolts.

This type of pliers is designed to cut piano wires and other medium and soft wires as well as screws and nails up to 5 mm thick. They are not suitable for holding objects. Because this design is quite popular for electrical jobs, many brands manufactured versions with insulated handles to provide safety against electric shock.

Needle nose pliers vs long nose are interchangeable and are similar in functionality to linesman type pliers. It has the advantage of giving the user the ability to reach into difficult nooks and crannies due to the long and tapered design. Depending on the model, needle nose pliers vs long nose may come with various jaw configurations that allow them to perform different tasks.

These pliers are not considered as a precision tool. However, this type is still essential in every handyman’s arsenal. It provides a firm grip on objects with various sizes since it features two jaws joined by a pivot which slides into a slot.

The prevalent design feature is the set of curved teethed jaws. In some instances, the slot might be grooved to allow the jaws to be positioned widths apart, or have a smooth surface to give the jaw a way to adjust to the object’s size quickly.

Water pump pliers are utilized to grip objects of various sizes as well as bend wires. Sizes usually come between 8 inches and 20 inches in length. Another design of joint pliers are the smooth jaws that stop damage to the object being worked on. These pliers are widely used in the aerospace trade and in every area, which requires handling soft materials like plastics.

These pliers are also called nippers and are utilized in cutting nails, wires, rivets, as well as bolts. Because of its flat design, workers can get near to the surface to cut the objects without having to dig into it. The most well-known sizes are 7 inches and 8 inches. A rivet fastens the jaws. Some designs come with longer handles for improved leverage and access.

As the name suggests, these pliers will fasten on to the piece to be worked on for improved stability. To use this, adjust the distance between the two jaws following the material’s size to be gripped. Afterward, clamp the handles together to lock the work in place.

Other specialized pliers are also available such as crimping pliers. Fencing pliers and other higher leverage spring-loaded designs give the ability to open and close handles effortlessly.

There isn’t much elevation or change to supplier construction since the middle ages. As it was back then, it will consist of three main parts.

Jaws will come in various patterns and designs that provide unique functionality to the tool. It can cut, pull, hold, and strip.

The jaw’s tip can be flat or half-round or completely rounded, such as electronic pliers. It provides functionality for bending, holding, and gripping different types of material.

The cutter is made to cut through a wire of varying thicknesses, and metal materials such as bolts and nails

Handles allow the operator to get a good grip on the pliers. There are various materials used to coat the handles, which give varying levels of comfort. A common material used is vinyl. Other materials are also used to insulate the handle and protect users against electric shock.

How to Choose Pliers- needle nose pliers vs long nose

The initial consideration when selecting your next set of pliers is determining the application you require of them. Different plier types will have varying degrees of versatility and flexibility. Some designs even have multiple functions, while others do more specialized tasks.

Once you decide on one type, do your research. Read up as much as you can about the competing brands on the market. Research videos reviews and ask experts on what kind of pliers they prefer. It is also crucial to test different brands and see which one matches your needs. What is needle nose pliers vs long nose? Pliers come in different surface finishes, comfort, weight, and ease of handling. They will also perform differently from each other. In the end, it is your personal preference in style and ergonomics that will make the final decision.

The price will also play a crucial role in your choice of pliers. Pliers are prevalent in every toolbox, so get the best pliers for your budget. Although a lot of brands give a lifetime warranty, in the end, professionals will not be satisfied with pliers that don’t perform well or get dulled and break easily. Even if there is a warranty, they will have to spend time returning it, which leads to lost productivity.

Make sure that you are cutting at a right angle for a cleaner and more effective cut. Use a larger sized tool or model with a greater cutting capability on difficult tasks.

Wear protective gear such as safety glasses when you use pliers with pieces that can fly off unexpectedly.

Use pliers with a size appropriate for your grip and individual comfort. If you use too small pliers, they can pinch your hands and fingers, whereas a size that is too big can cause a tool to be dropped or an inability to use them at all.

Never use your pliers as a hammer, nor should you use the pliers handles to strike and cut thicker wires and bolts.

Regularly clean and maintain your pliers. Dropping oil on the jaws and the rivets will increase its lifespan.

What is needle nose pliers vs long nose? Avoid using pliers for tightening or breaking. Instead, use the proper tool, which is a wrench, to avoid damaging the nuts.

Never expose pliers to extreme heat since the tool’s materials might change.

Examine the condition of the plier prior to using it. Use tools that are safe and functioning properly.

Stop using damaged pliers and invest in a new set.

What is needle nose pliers vs long nose?

Both needle-nose pliers and long nose pliers are vital to your arsenal when doing maintenance jobs, repair jobs, and any task around the house. 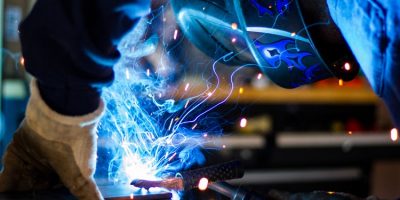