Decorative crown molding can be installed in a variety of ways. The most typical location for this optical divide to occur is at the point where the ceiling meets the wall. You can choose to have as little or as much decoration in your trim as you choose. But, does crown molding goes in bathrooms?

Crown molding is acceptable in the bathroom, but it must be moisture-resistant to prevent mold and mildew from forming. Moisture-sensitive crown molding would not fare well near a shower, as this might lead to rot and mold growth, as well as bowing and warping.

What Is Crown Molding?

When placed at the top of a wall, crown molding draws the eye upward and adds visual interest to the space. Most molding is made of wood or plaster, however other materials, such as polyurethane, are available as well. Crown molding gives a room something extra that you won’t find in the more commonplace baseboard or window/door molding.

Crown molding may be trendy right now, but it’s actually been around for quite some time. That the practice of decorating the joint between ceiling and wall goes back to antiquity is likely to come as a shock. Cavetto or Torus molding, as it was known in Egypt, was employed to adorn the buildings of the temples. It was mostly seen on the outside of buildings, although it looked a lot like the crown molding that’s popular in contemporary design.

Crown molding was frequently used by the ancient Greeks and Romans on public structures. Epikranitis, or elaborate crown molding, would be carved from stone or marble. The crowning architectural features of their temples were ornate moldings of all shapes and textures.

This small detail in the building’s design became a symbol of affluence over the decades. Because these special touches were so rarely produced, they were only found in the houses of a select few. The more ornate a family’s crown molding, the more money they had.

The ancients adorned their temples with this ornate design, as was indicated earlier. The style was largely seen in public spaces. Crown molding is now often used in both residential and commercial structures. Still, it has been mostly implemented in the home’s communal spaces.

It’s possible that crown molding has become an essential component of most contemporary homes’ architectural styles. In the past, though, it served a considerably more functional purpose.

Joints between walls and ceilings are rarely symmetrical or aesthetically pleasing. Similar to how textured ceilings can disguise imperfections in the ceiling itself, crown molding was developed as a means of concealing imperfections in the junction between both the wall and the ceiling. Furthermore, this technique can be utilized to provide the impression of loftier ceilings.

What Types Of Crown Molding Exists?

Crown molding made of wood is extremely popular. This kind of molding is best used in rooms with plenty of fresh airflows. The bathroom, with its high humidity, is not the best place for wood flooring.

The wood molding in your bathroom may be in danger from the constant humidity from the shower. In the case of softwoods like pine, this can cause the wood to bend and grow mold. A problem may be forming unseen while behind crown molding at the junction of the wall and ceiling.

Installing Crown Molding: How it Improves a Room?

If you’re on the fence about using crown molding inside your bathroom, you should think about the advantages.

Crown molding is the perfect way to complete any area. Alternatively, it enhances the overall visual appeal. In some cases, a home’s value might be increased simply by adding a beautiful finish.

Crown molding is a great investment, but it’s important to choose one that complements the existing decor in your home for the best return. Since moisture-resistant crown molding may be obtained at a low cost, you can even save money in comparison to conventional crown molding made of wood.

If your goal isn’t to make your bathroom look nicer, then maybe you might think about how you could use that space to cover up any imperfections. As time passes, the joint between the wall and the ceiling can start to crack. Even if there are no functional problems, cosmetic flaws can ruin the building’s curb appeal.

In order to hide the cracks, crown molding installation is an excellent and inexpensive option. Putting up crown molding to hide imperfections before selling your property can boost its appeal and value.

3-Elimination of Irregularities in Walls and Ceiling

Crown molding is not only aesthetically pleasing but also functional since it can hide flaws and imperfections in the bathroom or any other room in the house. This kind of molding is highly malleable, so it may be adjusted to accommodate a slightly sloping ceiling.

4-Available in a Huge Range of Styles

In the end, crown molding can be customized to suit any aesthetic preference. A wide variety of forms exist to cater to various preferences in aesthetics. One of the best ways to give each room a distinct atmosphere is with crown molding.

Why Is Crown Molding in Bathrooms Trending?

For a long time, bathrooms were dark, dingy sanctuaries that people avoided at all costs. While formerly considered an afterthought, today’s bathrooms can rival even the most opulent master suites. Consequently, homeowners are seeking ornamental ceilings to complement their high-end bathtubs, washbasins, toilets, and fixtures.

People prefer more ornate crown molding in bathrooms as they strive for a more regal aesthetic. In these rooms, you’ll often find more elaborate crown molding than in other regions of the house. Crown molding improves the home’s visual appeal and may even increase its market value.

However, even water-resistant molding is not designed to absorb a lot of water. In fact, that’s going to happen while you’re in the shower. This increases the likelihood of fungal growth and deterioration.

Factors to Consider Crown Molding Installation in the Shower

Crown molding in the bathroom is installed in the same way it is in every other room in the house. Installing something requires careful planning, including precise measurements and advertising.

Crown molding shouldn’t be installed if the bathroom doesn’t have an exhaust fan, or if the exhaust fan isn’t the right size or isn’t functioning properly. Pre-millennium homes sometimes lacked modern conveniences such as bathroom exhaust fans. When present, exhaust fans are often too small for the size of a standard lavatory.

Nowadays, an exhaust fan is required in any bathroom that features a shower, tub, or bathtub. Having a window or not makes no difference. An exhaust fan that is both energy- and moisture-efficient and meets Title 24 standards is required. The crown molding will get damp if there isn’t an adequate exhaust fan.

Typically, you’ll encounter one of three distinct crown molding styles. MDF (sawdust and glue), hardwood, and polyurethane foam are examples of polystyrene. Finger joint wood is a subset of solid wood, which is a further subset.

All crown moldings, with the exception of stain-grade crowns, are normally primed white. Caution: before painting, you must prime all paint-grade crowns. Manufacturers typically use a heavily bonded primer while priming the crown. Its main function is to cover up flaws and make the surface look uniform.

🗹 Proper Ways to Do About the Bathroom’s Crown Molding

Depending on how high your ceiling is, you’ll need molding that’s a certain width. Crown moldings ranging from 3 to 5 inches in width would be appropriate for an 8-foot-high ceiling in the bathroom.

Moldings can be as narrow as 5 inches and as wide as 7 inches, depending on the height of your ceiling (9 feet or 10 feet). Above 10 feet, you have the freedom to choose moldings as wide as 12 inches.

The Proper Method for Putting in Bathroom’s Crown Molding

You have probably already thought about whether or not crown molding would be a good idea for your bathroom. You’re also well-versed in the several varieties of crown molding available and which ones would be ideal for your lavatory. With such, you must also have an idea of how it should be installed.

The ease with which plastic crown molding may be cut and installed is one of its many advantages. However, they are quite fragile. Because of this, you should take care not to damage or ding them during installation.

Plastic crown molding installation is quite close to its wood counterpart. However, coordinating the two is an entirely different ballgame. The crown molding must be cut at precise angles for the wood to join properly. Some plastic crown molding sets include corner blocks for both inside and outside corners, as well as a connecting block.

Installing flex molding is even less complicated than installing plastic. It only has to be cut to size before being glued to the wall. It needs to be nailed, but try to limit the number of nails used. To prevent sagging during installation, two individuals should work together. Caulk can be used to conceal flaws in metal crown molding just as it can in wood and plastic.

Crown molding made of plaster will require adhesive to be installed on the wall. Like with plastic, finishing nails can be used to help with installation, although screws can also be used. Caulk, especially silicone caulk since it is less prone to moisture issues, can be used to seal any gaps or nail holes in crown molding.

When moisture is a problem and a basic profile is desired, polyvinyl chloride crown molding is an excellent choice for bathrooms and exteriors. Due to the plastic polymers used, this item will not become brittle or degrade when exposed to water.

Numerous composite goods are impervious to water and don’t need to be treated with pressure, dipped in chemicals, sealed against the elements, stained, or preserved in any way. Plastic-composite trim is available in a wide range of conventional trim-board widths and lengths to meet a wide range of applications.

Q: Where to avoid crown molding?

Crown moldings must have a clear beginning and ending point, ideally wrapping around the room in opposite directions before coming back together. Crown moldings may not be the best choice if your hallway or last room has a neighboring space with a different ceiling height.

Q: How about some advice on the best crown molding material?

For those who like more conventional materials, wood crown molding is a great option. The grain and feel of woods like oak and pine are only two of many available options. Wood is a great material since it is simple to prime, paint, sand, and install if you don’t like the natural look of wood.

Q: Where should you not use crown molding?

You shouldn’t always go with crown molding. A standard crown molding will likely not work or look good on a ceiling with a vault or cathedral profile. Additionally, crown moldings must have a clear beginning and ending point, ideally wrapping around the room in opposite directions before coming back together.

Showers are not the place for wood crown molding. This means that crown molding in bathrooms is not good. Eventually, the wood will get rotten and moldy and begin to break. If you want to avoid the crown molding in your bathroom rotting away over time, it’s best to get one that can withstand the dampness. 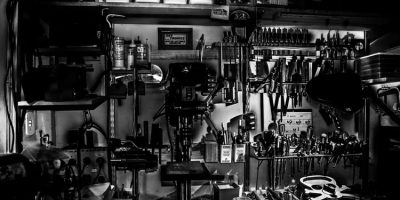